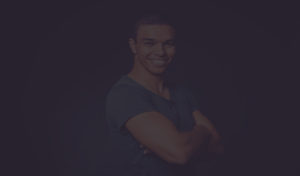 The English-German baritone Lionel von Lawrence started his classical singing studies with Yvonne Schiffelers at the Conservatory of Maasticht in 2009. During his bachelor he gained a lot of stage experience as a choir member mostly at the local opera house “Opera Zuid” and since 2010 also in the choir of André Rieu. Next to school he sang as a concert singer and sang solos such as the bass solo in Dvorak’s Mass in D-minor.

During his 4-year bachelor he was able to sing different roles in various school productions such as “Un monsieur barbu” in Poulenc’s Les Mamelles de Tirésias. In 2013 he graduated with the role of “Peter” in Hänsel und Gretel.

After his bachelor he continued with his masters. He first started at the HKU in Utrecht, where he sang the role of “Larkens” in the schoolproduction of Puccini’s La fanciulla del west. But shortly after he decided to study classical music theatre with Harry Ruijl at Fontys Hogeschool voor de kunsten in Tilburg.
During his master he performed his own-made theatrical version of Ralph Vaughan Williams` Songs of Travel and sang parts from the Baritone solo of Carl Orff’s Carmina Burana during a choir concert with Louis Buskens as conductor.

Duirng his masters he performed mostly outside of school. He sang as a choir member in productions of the DNRO (De Nederlandse Reisopera) opera house, and as soloist in various choirs and opera groups. Beginning 2015 he debuted with the role of “Escamillo” from Bizet’s Carmen in a youth opera production by Opera Zuid, and later sang the baritone solo from Brahms’ Ein deutsches Requiem, led by conductor Charles van der Veeke.
Later that year he sang the role of “Monostatos” in a rewritten version of Mozart’s Die Zauberflöte, named The Electric Flute with the opera group Opera Spanga led by Corina van Eijk.

In November 2016 he successfully finished his master study in a theatrical version of Carl Orff’s Carmina Burana with the opera group “THE FAT LADY” led by Tamir Chasson, and has been a member of the house ensemble since. During that time, he sang roles such as “Papageno” in Mozart’s Die Zauberflöte and “Orfeo” in Gluck`s Orfeo ed Euridice. His musical debute he made as part of the Harlemensemble in Ragtime at “Landestheater Linz”. Additionally he debutet at the Opera group “Opera compact” in a newly written theaterprocution Ik haat Opera!.
Now Lionel works with Holger Falk and Tamir Chasson, and performs as a soloist with choirs, musicals and operas in the Netherlands and abroad.